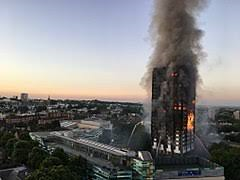 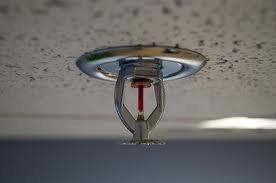 71 people could have been saved with a sprinkler system

Tower block living is problematical whether it’s social or private. The Grenfell Tower fire tragedy was a massive wake-up call for everyone associated with tower blocks either as residents or managers. The proposal to retro-fit sprinkler systems of fire control in all tower blocks over ten stories high isn’t the easy decision that it’s made out to be.

Seen from a tenant’s point of view there is little doubt that such measures are both required and essential. Sprinklers keep residents safe from the entirely avoidable fate of the 71 people burnt to death in at Greenfell. However it’s not as straight-forward as it appears.

First, in the case of my tower block ownership is contestable. (This is a bit technical but is essential to the discussion.) Is the block Local Authority owned, Association owned, or delegated as a reported TMO (Tenant Management Association), which is more properly titled an ALMO (Arms Length Management Organisation)? Grenfell was an ALMO run by Kensington and Chelsea. Each landlord takes a different view as to the need for expensive retro-fitting of safety features. Decisions depend on the politics of the Local Authority. Usually right-wing property-owners are reluctant to take a ‘hit’ by paying for safety measures. If a property is owned by a Council motivated by a desire to ‘control’ expenditure safety measures are often not done. A major safety issue could be relegated to being a budget matter.

Even doing a retro-fit of a sprinkler system is challenging. Retro-fitting sprinklers can easily breach existing fire wall protection and disturb asbestos. In brief they may cause health and safety issues, whilst undertaking the installation of the fire sprinkler pipe work. Councils need to ensure that contractors comply with up-to-date building regulations. There are other considerations given that sprinklers create a ‘dead leg’ water filled pipe at the head of the sprinkler and Legionella bacteria might develop.

Properties have been sold off to leaseholders, which causes further ownership complications. Councils have to issue section twenty notifications so that they can recoup retro-fitting expenses. Social tenants have their retro-fitting paid by the Housing Revenue Account as it is a landlord function. Few authorities can subsidise leaseholders who are too poor to pay for the safety measures. These people are charged and must pay by instalments. Many pensioners were effectively bribed by the Thatcher Government to buy their home little imagining that they could have a bill for thousands of pounds years later to have a safe residence.

It is evident that the Conservative Government’s attitude towards Local Authorities means requests for financial support aren’t going to be met. Several Authorities have applied and been refused help. The safety of social tenants housing isn’t a high priority for additional funding for Theresa May’s government. Grenfell Tower wasn’t a unique tragedy, it was just uniquely horrible. There is a reluctance to accept that the original tower blocks were badly designed and that retro-fitting safety measures is essential even if very expensive. Seven years of ‘Austerity’ has left Councils unable to meet their responsibilities. Therefore the government must step up and pay the bill.