The Fatal Flaws in Operation Barbarossa 1941 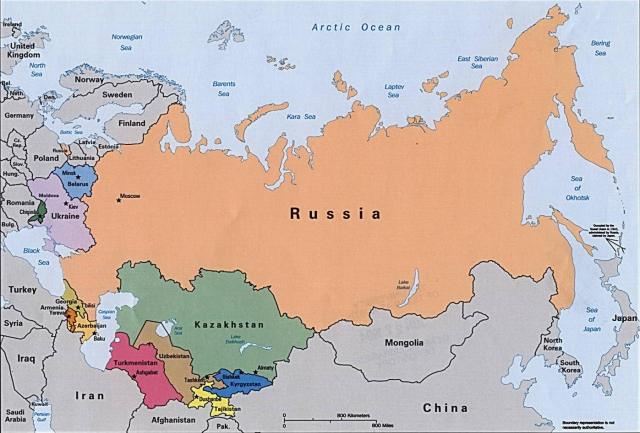 The German High Command ought to have opposed Hitler’s cherished ambition to destroy the Soviet Union because it was foolish and making no strategic sense***. They knew the simple facts of Soviet demography, geography and population. These were decisive factors in deciding the probable outcome of an invasion. Worse, Britain was undefeated in the west so Germany began the invasion fighting a two-front war. Defeat wasn’t certain but was highly likely. Yet the German High Command planned an attack with an 1,800 mile front line. All the logistical facts were negative for Germany, which meant everything had to go right at every stage of the invasion. The Red Army had to implode and the general population had to rise up against Stalin for Hitler to succeed.

Every war is a war of attrition. The logistics of attrition are brutally simple: those with the largest population can sustain expensive defeats or victories. Technology can be a substitute for manpower only so far. The German High Command knew that the Wehrmacht was vastly superior to the Red Army as a fighting force even though 13% of its manpower was non-German. The Red Army however had 6.8m soldiers in 1941, three million more than the Wehrmacht. This reflected the fact that the Soviet population was roughly triple that of Germany. In an extended competitive war Germany would lose.

The Soviet Union was gigantic. In 1941 it covered about a sixth of the world’s land mass. It’s just under 800 miles from Warsaw to Moscow but a further 3984 miles to Vladivostok in the far east. ‘Smashing Russia’ implied conquering a territory nearly five thousand miles (west-east). These were 5,000 hostile miles, compromising the Soviet population and Siberian terrain. The severe winters of the Soviet Union were an additional problem with exceptionally low temperatures and long periods of snow. A ‘defeated’ Red Army had the option of retreating eastwards and regrouping, likewise Stalin’s government agencies. Capturing Moscow wouldn’t make the Soviet Union helpless, it would provide a profound, and stimulating(?), shock. The German High Command knew all of this as they had used the 1812 Napoleonic campaign***** in their war games.

Hitler’s ‘timetable’ began on 21st June, 1941, allegedly for a five month campaign. Winters begin in November in the Soviet Union just five months after the invasion date. Hitler’s campaign had to be one of blissful serendipity ending before the first snows accompanied by temperatures plunging to an average of -10C arrived. The German High Command sent 3.8m soldiers into battle wearing summer uniforms but without winter uniforms in stock. No-one (apart from Hitler) believed the Wehrmacht could destroy the Red Army and return to Germany before Christmas. Yet that was the precise implication of not providing the army with winter uniforms. Soldiers didn’t have winter protection and neither did their vehicles, which led to the destruction of the Wehrmacht’s mobility. After eleven months of planning an audacious invasion the German High Command failed every important test of competence.

The German High Command didn’t use their expertise to deflect Hitler from his cherished ambition of crushing the Soviet Union. Ideological insanity depleted Germany’s stretched manpower via anti-semitism and sexist employment policies. The sheer size of the Soviet Union probably meant that these failures weren’t critical. The German High Command’s miscalculation about the active war period meant their soldiers faced a savage Soviet winter totally ill-equipped and unable to exert their superiority over the Red Army. Operation Barbarossa was fatally flawed from start to finish.

*Hitler always referred to the Soviet Union as Russia.

**Ian Kershaw Fateful Choices: Ten decisions that changed the world 1940-1941 p54 Operation Barbarossa didn’t begin in May and the delay was very important because of the Soviet winter.

***Unlike the Ribbentrop-Molotov Treaty (1939) which is a classic example of Bismarckian realpolilik. In that treaty ideological enemies buried their differences for ‘higher’ strategic objectives in this case the partition of Poland.

****Children, Kitchen, Church. Nazi women should concentrate on these aspects of life and stay out of the workplace.

4 Responses to The Fatal Flaws in Operation Barbarossa 1941