The Guilty German Generals of 1914 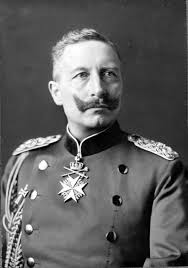 Imperial Germany was born in 1871. Germany was created by strutting militarism. Unlike most countries where wars are caused by failed diplomacy, poor calculation or vaulting ambition Germany caused the First World War because its government feared their generals. The war followed the Great European Peace (1871- 1914), which was unwelcome to the cultural aspirations of the generals. There is no glory in peace. No medals, no victory parades, no territorial gains: Germany’s heritage was betrayed. German generals thoroughly understood this conumdrum. And they were getting old.

The tragedy of Count von Schlieffen was the spectre at the graves of their careers.* By 1871, aged 38, he had served with distinction in two quick- fire wars gaining rapid promotion. He’d had an unforgettable few months of combat in the 1860s followed by 38 years as a desk bound general. Nine years of study led him to believe he had written a perfect plan (1906) to defeat France in weeks. His wonderful plan continued with Germany wheeling its army round to face Russia in the east. Russia would then be also defeated a few weeks. Every single part of the plan depended on absolutely no mistakes, mishaps or surprises by either the German Army or, ludicrously, enemy armies either. His plan was, in essence, predicated on him being Commander-in-Chief of the French and Russian armies as well. It was insanely optimistic and reflected his deluded inexperience. He retired in 1906. His plan caused the First World War.

Schlieffen had at least achieved his post because of his talents. His successor was more a courtier than a warrior. Von Moltke (the Younger) was nephew to the great von Moltke (the Elder: unifier of Germany) and traded shamelessly on that fact. The Kaiser admired him. As none of the other candidates had any European war experience either the role of Commander-in-Chief went to Moltke after Schlieffen’s retirement. Moltke’s health broke down , when he realised he was like a child lost in the ‘fog of war’ at the battle of the Marne (Sept. 1914) Every military certainty he had learned failed after a mere two months of war. He had wanted to relive the triumphs of the 1864- 71 so much that he had lied about the necessity of an attack on France via Belgium and contemptuously dismised the diplomacy of Edward Grey (UK Foreign Secretary). He was dilettante using a plan he didn’t understand for personal aggrandisement and failed at the very first hurdle.

Moltke’s successor was, if anything, even worse. Erich von Falkenhayn was also a courtier and his military experience was a minor role in the suppression of the Chinese Boxer Rebellion. Suffering from massive over- confidence his strategy, after the Marne, was the so- called ‘race to the sea’ (Autumn 1914). This created the western front and trench warfare. War had become static as opposed to the heroic cavalry charges Falkenhayn loved. War had become ‘attrition’. Falkenhayn embraced attrition. Broadly speaking a war of attrition is: We’ve got more men than you; and so we can afford to lose more men than you; therefore we win. Using soldiers as cannon fodder was not problematic for Falkenhayn, who had no battle experience. He used his grim theory in the battle of Verdun (1916), a ten month battle that cost 70,000 casualties a month. After which Hindenburg became Commander-in-Chief.

Kaiser Wilhelm like all Germans was a true believer in German military supremacy. His generals were deluded, inexperienced old men craving war before they met Schlieffen’s fate.** Germany’s rush to war was fuelled by their desire to emulate von Moltke the Elder’s three quick- fire victories. The Kaiser and his generals were responsible for beginning the First World War

*E.g. Paul von Hindenburg who came out of retirement, aged 66, in August 1914 to contribute his inexperience to the war effort.
** Dying just before the First World War broke out in 1913