Medieval Christians accepted, as fact, Mankind’s inherent sinfulness. They also accepted, as fact, that Heaven existed. The aim of life was to enter Heaven and share eternal life with Jesus. Squaring this circle had a dramatic impact on their lifestyles. The wealthy believed pleasure and luxury distracted them from righteousness and so undertook pious activities. Young aristocrats favoured positive deeds such as crusades whilst others entered monasteries. Both activities proved their devotion to God. Others were individualistic. Mortification of the flesh and penances are less dramatic but demonstrate sincerity over the long term. There were, however, no guarantees.

Many aristocrats believed slaughtering infidels and heretics was a route to Heaven. A crusade in the early eleventh century triumphed in the Reconquista of Muslim Spain. There were a further three crusades to the Holy Land between 1095 and 1189. The Muslims were defeated and their lands were distributed to the Crusaders. New kingdoms were created. This meant Crusaders went to Heaven and got rich. European heretics, like the French Cathars, were defeated in the thirteenth century. Their valuable lands were distributed to the Crusaders. The Cathars were unable to counter-attack, unlike the Muslims, making these territorial gains permanent.

Needless to relate ordinary soldiers didn’t make huge profits though they did have the kudos of being a Crusader, which protected their eternal soul. 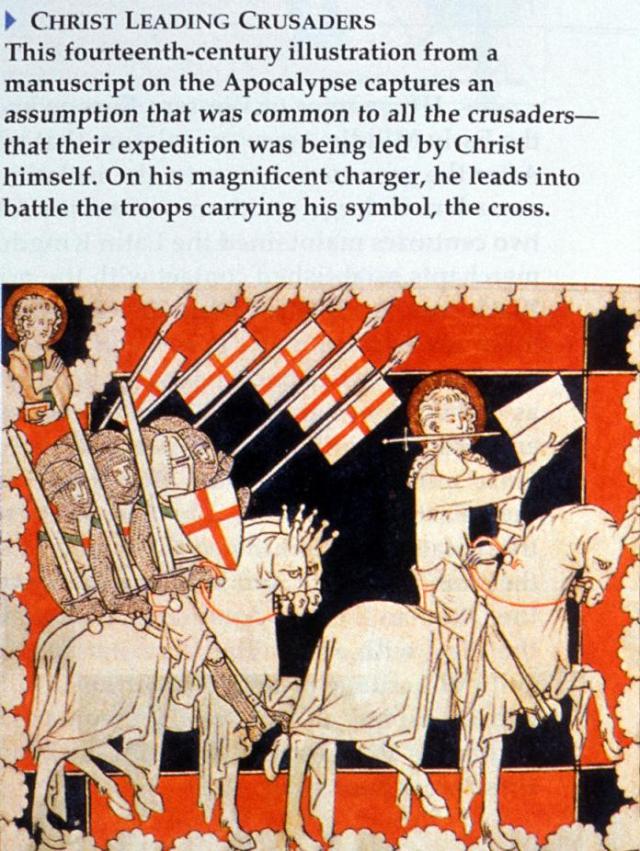 Because Medieval Christians accepted that Mankind was sinful, they had to overcome this barrier to enter Heaven. One tactic was the monastic life of poverty, prayer and contemplation. Mankind’s inherent sinfulness didn’t cease at the doors of the monasteries, so monks were controlled by choreographing their lives. Prayers were timetabled throughout the day. They began at 4 a.m. with Vigil and ended, after a further six sessions, at 7:30 p.m. with Compline. Monks and nuns weren’t permitted individual possessions. Monasteries. on the other hand, received many gifts from the faithful. These gifts were ‘eternal’ and over the centuries compounded into very significant wealth. That wealth resulted in many monasteries losing their spiritual way. Monastic wealth became a target for Henry VIII who dissolved and looted them in the 1530s. 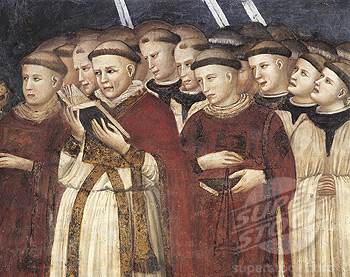 The pursuit of wealth was accepted as morally corrosive. Resisting wealth’s temptation and avoiding ‘worshipping’ it was challenging. One tactic employed was wearing a hair shirt, causing constant irritation. Beneath expensive clothes the pious wore hair shirts. This kept them on the ‘straight-and-narrow’.

Thomas a Becket was Henry II’s friend who installed him as Archbishop of Canterbury in 1162. The king wanted to control the Church in England and intended using Thomas to do it. Once Thomas became Archbishop he became devout. Henry II was angered by this ‘deception’ and, apparently, ordered Thomas’s assassination. Following his brutal murder in 1170 they discovered Thomas wore a hair shirt. He’d deliberately added to his mortification by adding lice into the cloth to exacerbate the irritation. 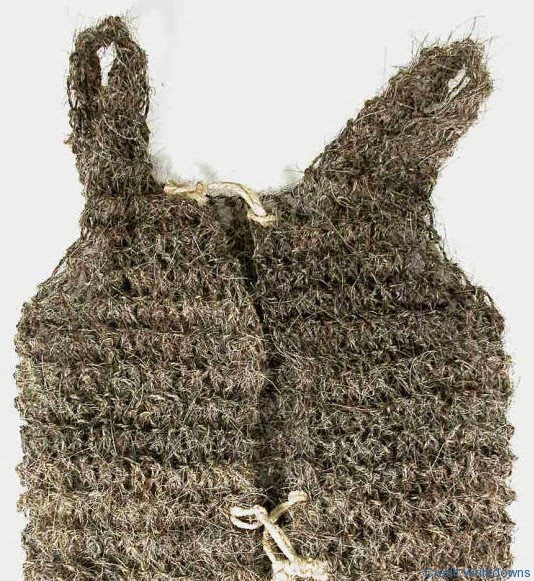 An example of a hair shirt

Medieval Christians believed in the inevitability of sin but still accepted priestly punishments after sinning. Henry II was reviled for Thomas a Becket’s assassination and his protestations of innocence were mocked. The Church had endorsed him as king and warned they could rescind that endorsement. Thomas’s assassination was so heinous the Church demanded a penance of utter humiliation:-

The king performed a public act of penance on 12 July 1174 at Canterbury, when he publicly confessed his sins, and then allowed each bishop present, including Foliot, to give him five blows from a rod, then each of the 80 monks of Canterbury Cathedral gave the king three blows. The king then offered gifts to Becket’s shrine and spent a vigil at Becket’s tomb.

Henry’s penance is a demonstration of the supremacy of the Church over the secular. This shaped Church-Secular relations until the 1530s when Henry VIII dissolved the monasteries. 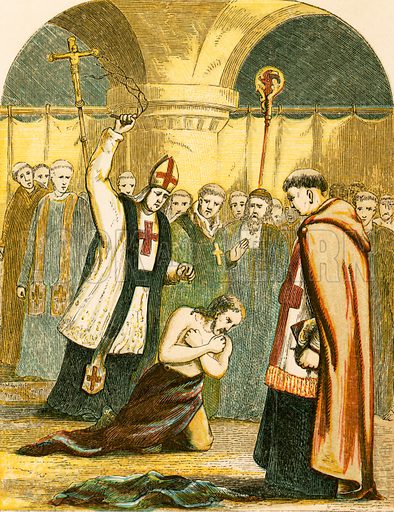 Medieval Christians accepted as fact two beliefs which were contradictory. They had to be righteous to enter Heaven but were born sinful. Their solution to this conundrum is fascinating. Collective action – Crusades and the monastic life – and individual action. Whether either succeeded we don’t know but no-one can doubt that English history has changed because of their efforts.

For the Beatitudes see https://en.wikipedia.org/wiki/Beatitudes

For the regulated daily prayers in a monastery see https://christdesert.org/visiting/daily-schedule/

For Thomas a Becket see https://en.wikipedia.org/wiki/Thomas_Becket

For the penance of Henry II, a source from 1200, https://conclarendon.blogspot.com/2014/01/henry-iis-penance-at-tomb-of-st-thomas.html

This entry was posted in History, Politics, Religion and tagged crusades, Henry II, heretics and infidels, Monasteries, mortification of the flesh, Thomas a Becket. Bookmark the permalink.